For the IBC show 2017 we expanded on the pop-art theme of 2016, updating the Lichtenstein-style comic book backdrop and adding some Warhol style cans into the mix, playing on the similarity between BLAM and CAMPBELLS soup. Each ‘flavour’ of the BLAM product has it’s own colour-coded can which were given to prospective clients, filled with freebies and further info. The stand won the IBC award for best shell scheme stand design.

The judges said: ”Nice smashing cartoon with eye catching graphics. A clear brand message is clearly ‘’ít says what it does on the tin’’ 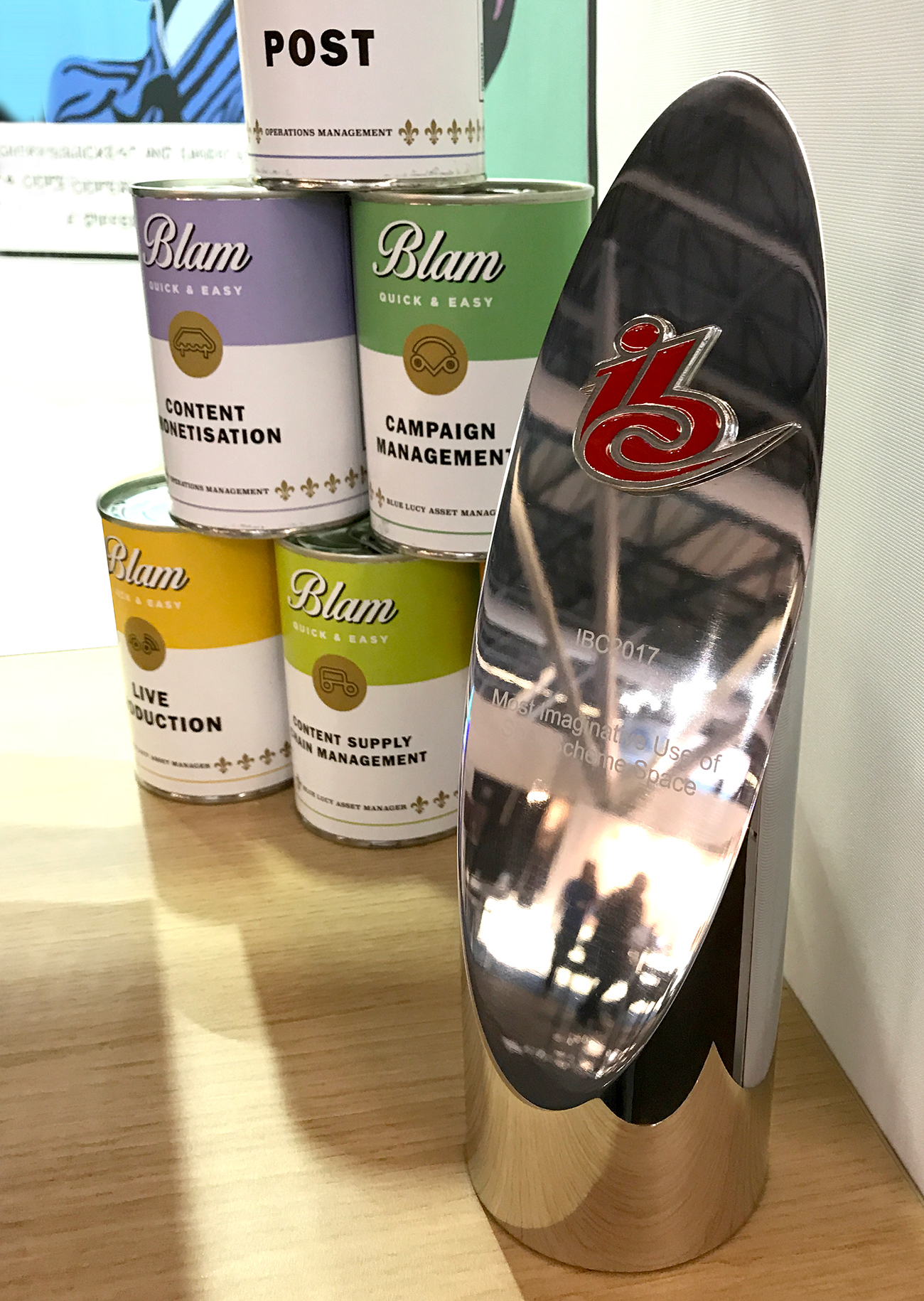 BLAM Cans with the IBC Award for most imaginative use of a shell space. 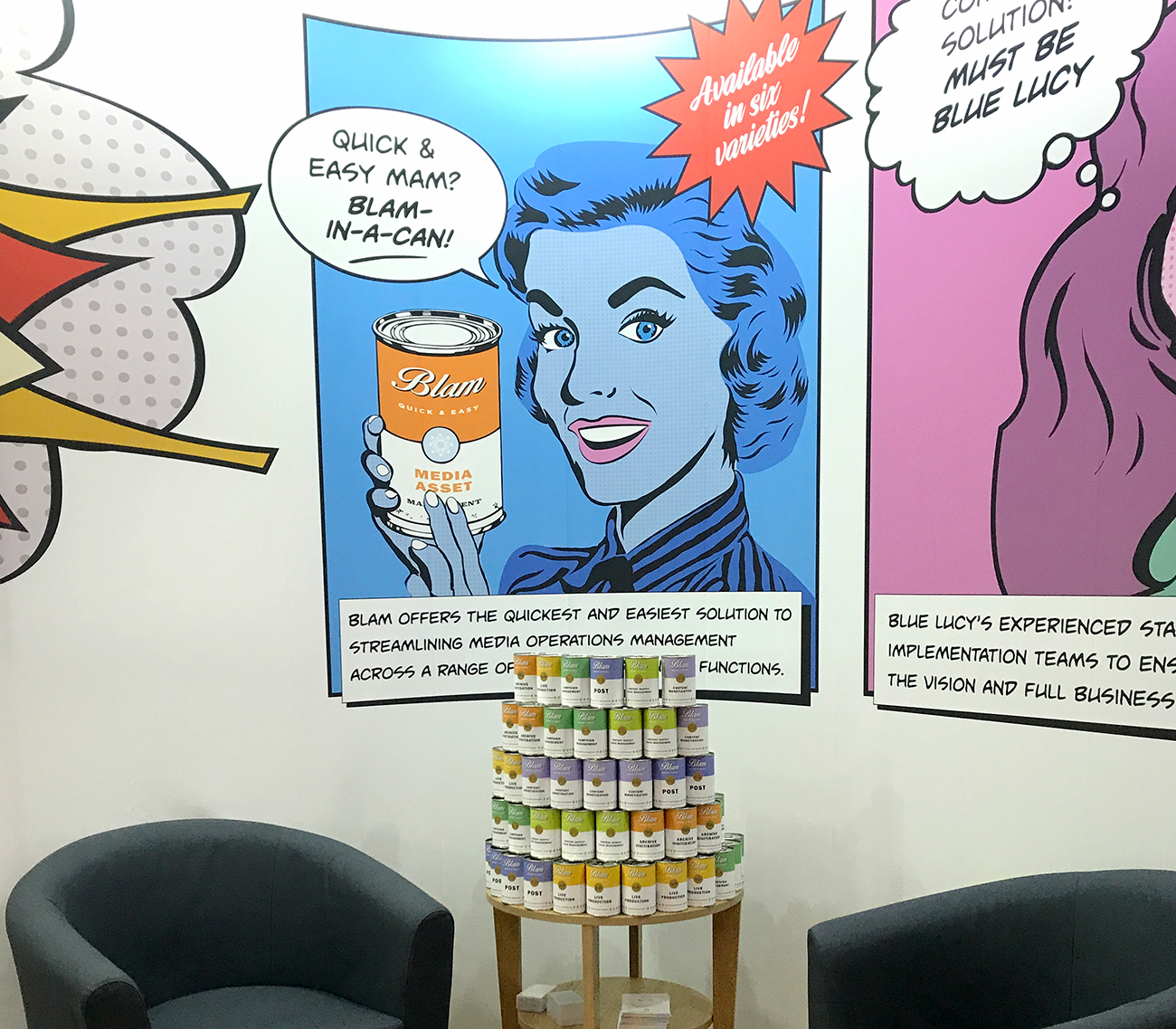 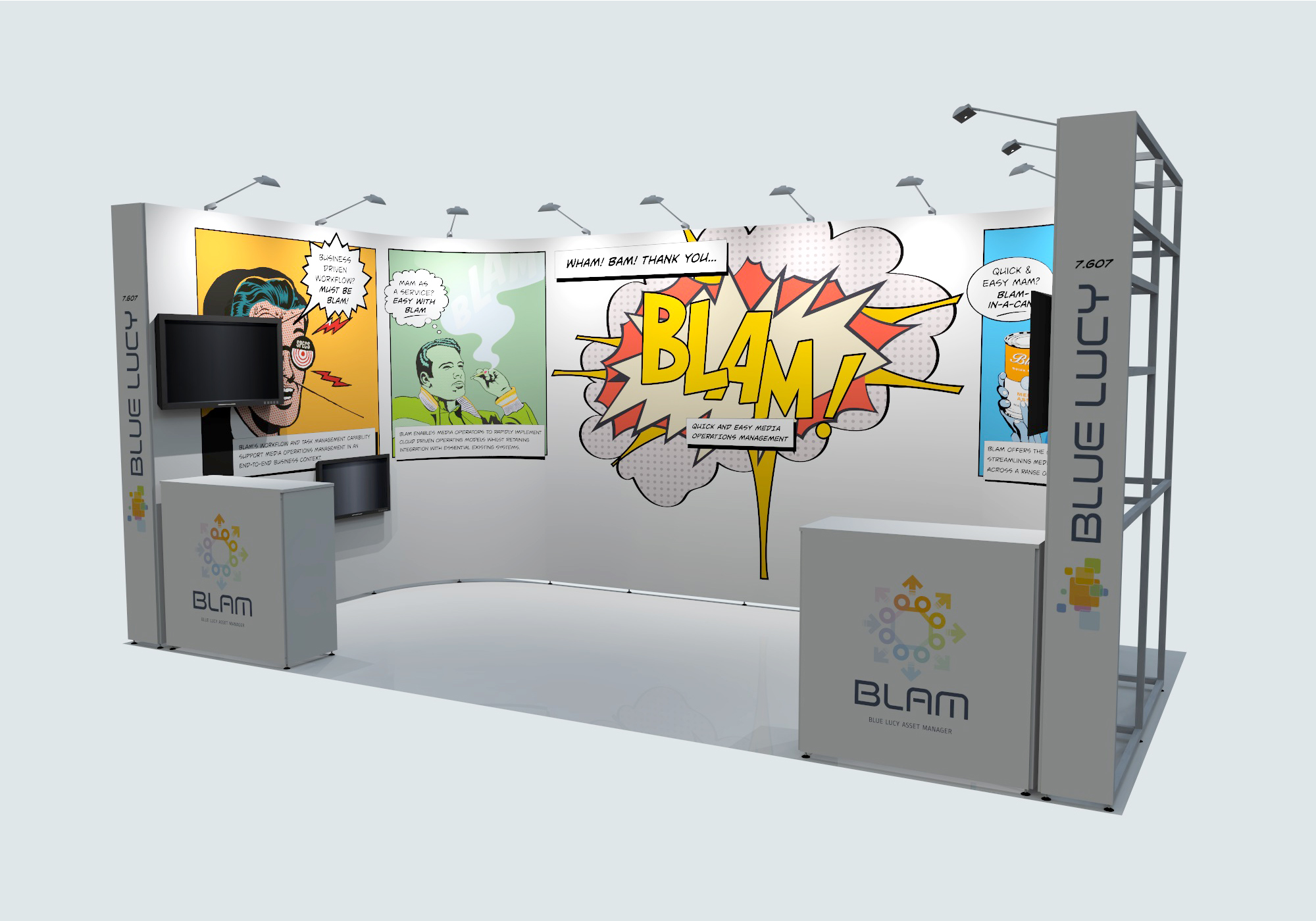 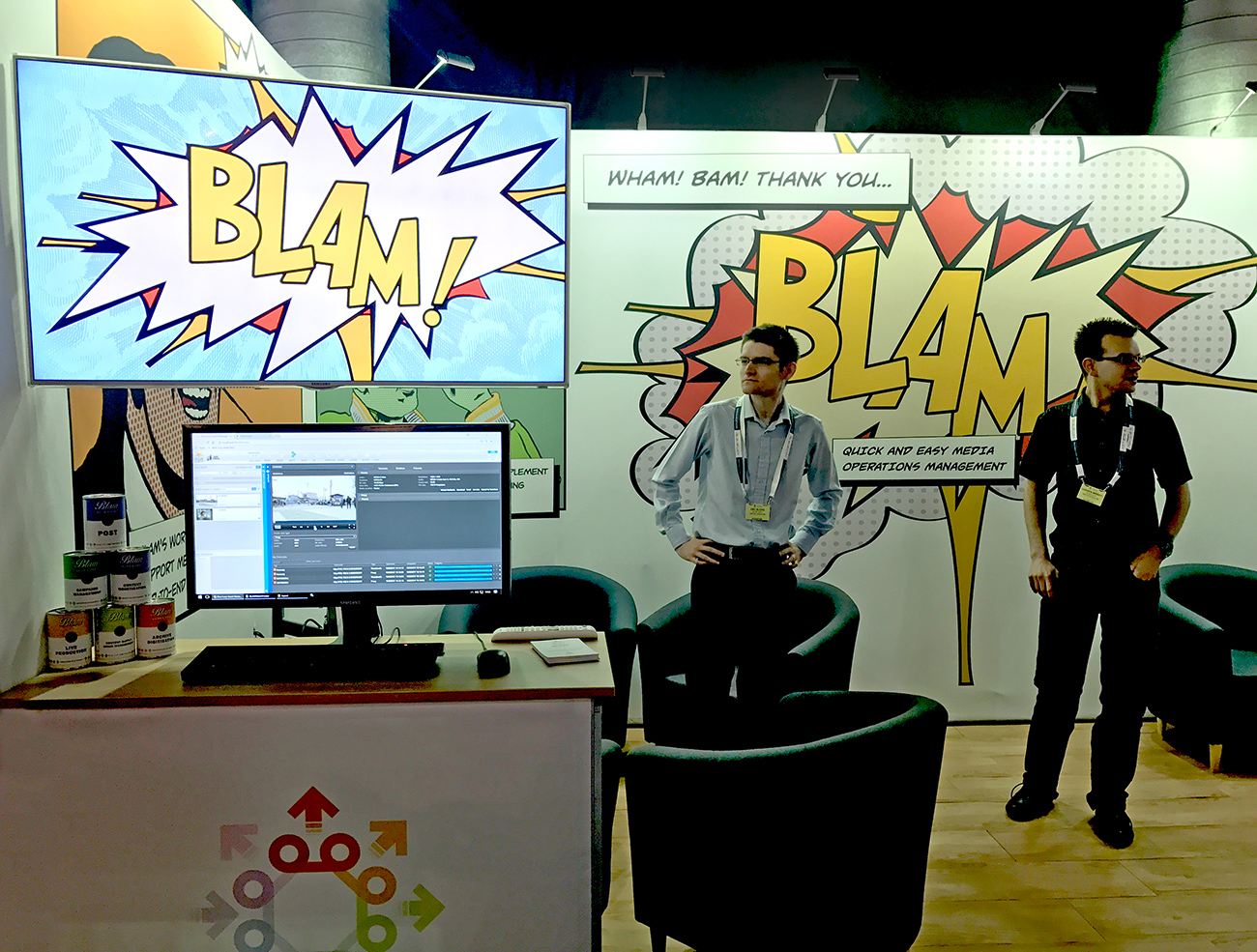 The stand in use at IBC